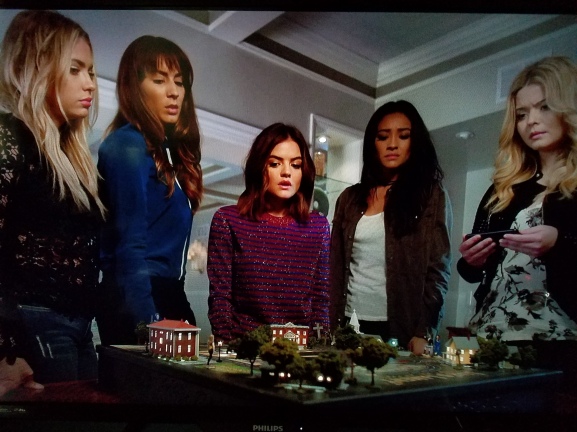 Note: I took this photo by pausing the show.

Quote of the episode

Though it was nice to finally find out who Charlotte’s father is (I always suspected Ted was tied to this in some way), I was disappointed to read that is not the truth about Jessica’s death.  Why go though telling us more lies when there is only a handful of episodes left?  This episode was painful to re-watch and so boring.  These final episodes have been so disappointing so far.  I feel like so much time is being wasted, then they are going to try to cram in every “answer” on the last freaking episode.  BTW, where are Mona, Jason, Jenna, Holden and most of the parents?